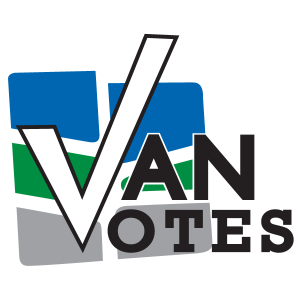 This year’s Last Candidate Standing is a co-production of the Vancouver Public Space Network (VPSN) and UBC’s School of Architecture & Landscape Architecture.  LCS will take place on  Sunday, November 6, 2011 from 7:00 to 9:30 PM at UBC Robson Square.

If you are interested in attending this event please register here and show your support for this event by liking it on Facebook.

As with the 2008 event, the 2011 edition of Last Candidate will be open to all mayoral and council candidates.  It functions is a ‘mixer’ that allows incumbents and new nominees, independents and party-affiliated candidates to share the same stage.

The event is hosted by an MC, features a panel of local journalists, and is supported by a house-band and buskers, both of which provide musical interludes.

Structured as a series of rotating debates, the event starts with the names of all candidates are put into a drum.  Groups of three names are drawn at a time, and each ‘set’ of candidates has a question posed to them by a panel of local journalists (last time the event featured Frances Bula, Trevor Boddy and Jackie Wong – this year’s panel is still being finalized).

The best two answers from each set – as determined by a combination of journalist votes and audience applause – earn a pass to the next round.  The next set of three names is drawn and the process repeats itself until all participants have had a chance to answer a question.  A musical interlude takes place and the next round begins.  The event continues through several rounds until there’s one last candidate standing.  The ‘contest’ – such as it is – is all in good fun and is designed to encourage a lively atmosphere, good civic engagement, and the chance for audience participation.

Creativity is encouraged and participants are allowed to bring props for their time on stage.